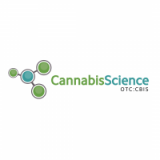 The GHC summit at Harvard, is a yearly event designed to catalyze collaborations to eliminate...

Rodrigo Soltero I havent seen any movement on my shares.. what happened with the exchange? 3 days ago
Likes 2

Sam Salem Hi Raymond, can you please advise as to how many full time employees are at the company currently?
Thank you 2 days ago
Likes 2

This is the "Price for Not reading" anything.

Good Morning Guys!
Hope Everyone is doing well out there!

We have really been having some Great calls...This is the "Price for Not reading" anything.

Good Morning Guys!
Hope Everyone is doing well out there!

We have really been having some Great calls and progress with our shareholders! Thanks Guys, for all your Support!

As promised, we’ve got this Crypto thing worked out for our cash flow Benefit.
It’s been a minute since our last update for sure, for Great reason; Great Progress.

First off, the Cannabis Science acquisition is moving forward with Thermic Science (ENDO), we are going through the regulatory process back and forth with filings and confirmations. Seems great non-stop communications with both the transfer agent and the exchange going back and forth, going through plenty of steps, forms, and filings. The good news is we are forging forward strong all the way to completion, no matter how long it takes. We’ve certainly identified the reality of completing in 2022. That will be the time for a Real Party!

While we handle the Corporate Paperwork, I also mentioned focus on manufacturing, sales, & distribution, and with Great Progress! We have several contracts we are writing/closing simultaneously and in succession. Most are Cannabis Science associated, closing the circle on a few processes to change our revenues/cash flow operations to our best possible favor. The list is as extensive as the other CSi-EDP Project lists.

We’ve got our full line up of Cannabis Science Projects, The Hempery Product lines, and our full menu Hemp Tasty Product lines being updated and finalized for production now. We are releasing each Brand through the $CSi Utility Coin Crypto initiative utilizing the blockchain for tracking transactions, hiring staff Worldwide, and project implementation tracking for each CSi-EDP Project Worldwide. We believe this is exactly what this whole blockchain crypto currency utility tracking coins are designed to do, and so much more.

With that being said, the Cannabis Science Worldwide CSi-EDP is moving forward stronger and gaining momentum, with our newly launched $CSi Utility Coin Crypto initiative things have changed. The CSi-EDP and all its cannabinoid projects are the target contracts for the $CSi Utility Coin ECO-Systems. Using the CSi-EDP projects creating jobs, management, valuating, funding, manufacturing, distributing, and tracking. All outlined in the Worldwide $CSi Utility Coin WP.

As promised, we “setup” the $CSi Founders Contracts for our close investors and family.


*** We just started doing calls for the $CSi Founders Contracts!

Today, I will begin calling ALL our “TIER 2 Investors” just to make sure we speak to everyone for fair opportunity to become a “$CSi Founder Contract holder”.


*** Please Send me a text or email if you know what times works for a call for you, Thanks Guys.

*** Robert has jumped in making the last ENDO FR calls just to make sure no one was missed !!

We will launch the “$CSi Founders Contract” shortly and begin announcing the attached CSi-EDP Live Contracts to watch and monitor our CSi-EDP growth and success.

Cheers Guys! We made it! Front and Center.

Bryce How do we get on the email distribution list? I got a couple emails a year or two ago but haven’t been receiving any in at least a year. 2 days ago
Likes 2

Philip Rigg Good question. I have been with CBIS for over 2 years and have NEVER gotten an e-mail from anyone connected with Omnicanna. 2 days ago
Likes 4

MICHAEL WALKER Same here have owned the stock for years and even sent an email requesting information investing in the new adventure. Yet to receive an email yesterday
Likes 3